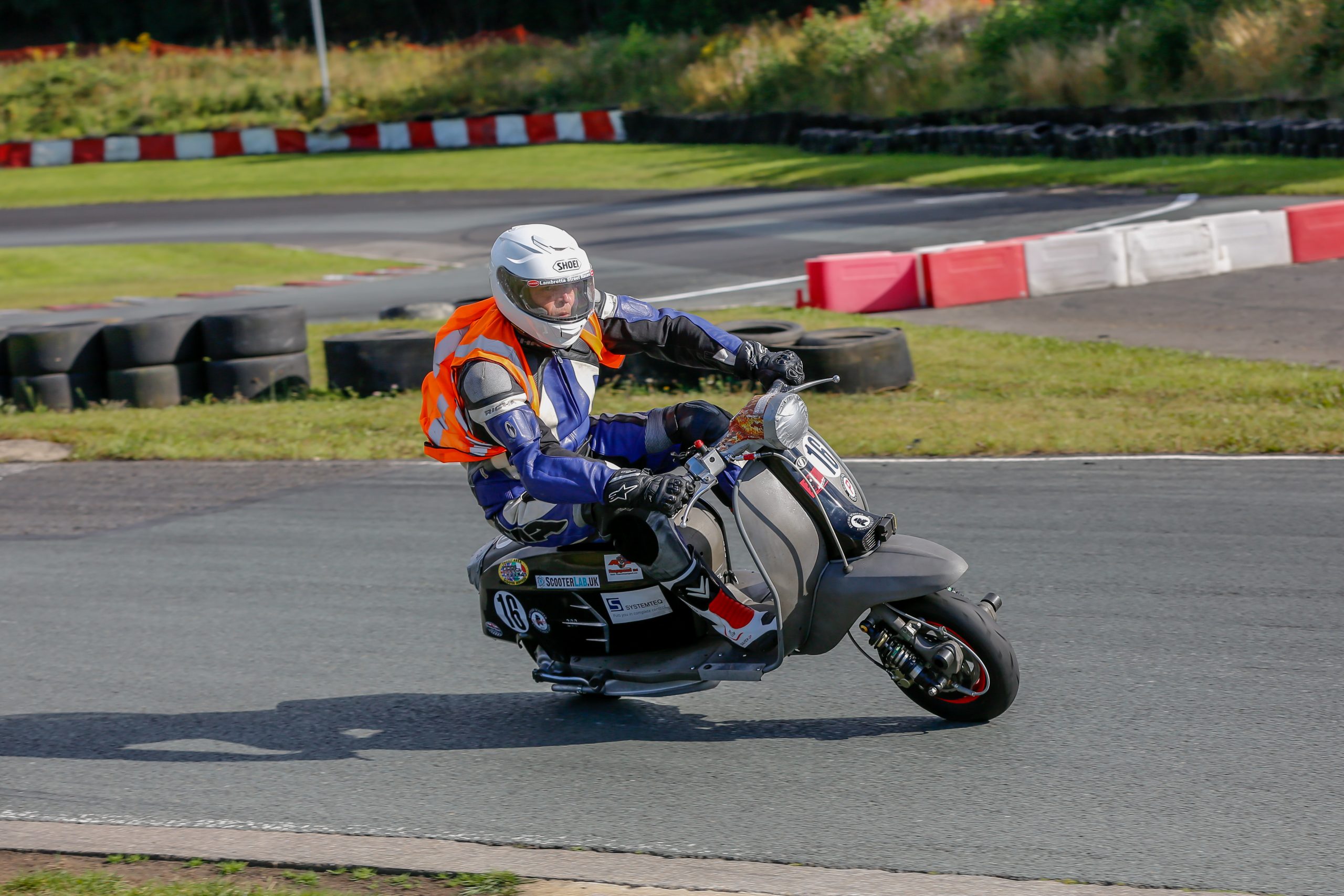 Specification Sales Manager, Martin, swapped lights for wheels on Saturday 11 September as he revved up for the challenge, all to raise money for charity.

The 6-hour endurance race took place at the Teesside Autodrome in Middlesbrough. The event, which had been set-up by the British Scooter Endurance Club which Martin belongs to, saw teams of racers prepare a scooter before taking to the track to see how many laps they could complete in the allotted time.

Martin’s scooter looked rather on brand sporting Systemteq branding. Martin commented ‘To do something I love, and to raise money for charity at the same time is a real pleasure’.

Endurance racing is a popular activity in Europe but had never really taken off in the UK until the BSEC was formed by racing enthusiast Keith Terry. It continues to grow in popularity.