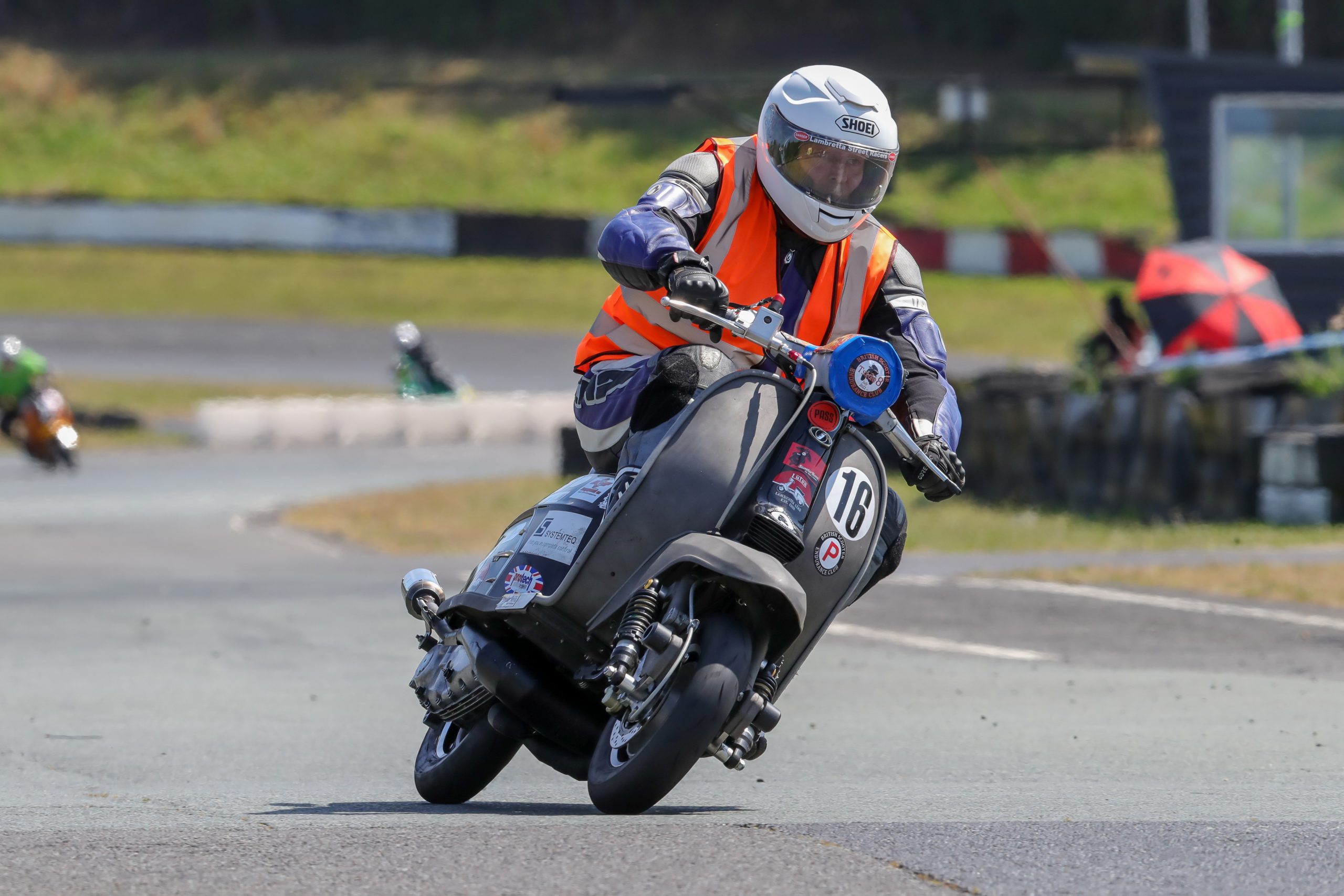 This weekend is the final of the British Scooter Endurance Championship, and the Systemteq sponsored Team 16 (CKM Racing) have it all to play for in this last endurance race. Taking place in Teesside Autodrome in Middlesbrough, the final event is being held on Saturday 10th September 22.

Team 16 have an impressive two third place finishes under their belts so far, which is an ode to their endurance skills during their very first season. Currently standing at second place in their Road class for the 2022 championship, this weekend could be a victory for the team and for sponsor Systemteq.

The team have been preparing for the next 8-hour endurance race, taking place on 10am on Saturday 10th, which involves teams of racers preparing a scooter before taking to the track to see how many laps they can complete in the allotted time.

It was just last year that Systemteq’s own Martin Barclay, Specification Sales Manager, geared up for his first scooter endurance challenge to raise money for charity. Martin belongs to the British Scooter Endurance Club, and Systemteq are proud of his achievements and for the amazing accomplishments of the team so far during the 2022 championship.

Team 16 are ready and raring to go, and as everyone at Systemteq is cheering them on, here’s hoping that the event results in a victory lap.